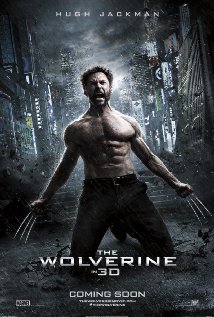 The Wolverine – Official Poster – from IMDB.com

The Wolverine is the latest instalment for the X-Men film franchise. The Marvel comic book universe of X-Men has come alive on the screen over the last 13 years. There is always some issues in adapting a piece of literature to the screen, and especially so with comics as they come with a plethora of canon and decades of story lines intertwining. The X-Men movie franchise has been somewhat successful in creating its own world on the big screen. There are however issues with this latest instalment.

Wolverine (aka Logan, played by Hugh Jackman) is practically immortal. His immortality comes in handy every now and again but it is more of a burden and a curse than a blessing. The story begins with Wolverine saving a Japanese man in the Nagasaki blast in 1945. In the present day the man he saved, Yashida, is dying and requests that Logan comes to say his final farewells to him before he passes away. Logan travels to Japan to see the man but all is not as it seems. Yashida has been researching Mutants and in particular the adamantium metal that Logan has infused in his skeleton.

The story is interesting and moves along in a swift and compelling pace but it is how the story is formed that is troubling. The saying “sex sells” is put into action in The Wolverine. Jean Grey, Logan’s previous love interest, turns up in his dreams as his conscience, always lying in bed with Logan in a silky night dress. And then there is the granddaughter of Yashida, Mariko (Tao Okamoto), who Logan saves from Japanese mobsters and then falls in love with as they escape from danger and work out how to stop the evil guys. If the story was more fully developed then these two love affairs, one in the past that Logan still holds on to and the new one he is trying to move on to, could have made more sense. But the lack of time spent and clarity of the underlying ideas behind these relationships was disappointing. Instead Wolverine comes out looking like he is only using Mariko to get over Jean. This, I am told by a dedicated fan of the comics, is not what it is meant to be. Yes, I understand that the relationship between Logan and Jean needed resolving but to throw Mariko into the picture without being clear on Logan’s emotional progression creates flaws in the fabric of this, otherwise good, comic book film.

There are some great female characters in Yukio and Viper, as well as Mariko. They provide some balance to the overload of male ninjas in the film and are spectacularly cast, especially with Rila Fukushima as Yukio and her execution of the line “I am you’re bodyguard” to Logan. Nice touch Mark Bomback and Scott Frank.

All in all, The Wolverine is steady-footed film that helps progress Logan’s story to a place where X-Men: Days of Future Past (due out 2014) can really expand upon Logan/Wolverine’s role in the X-Men franchise.